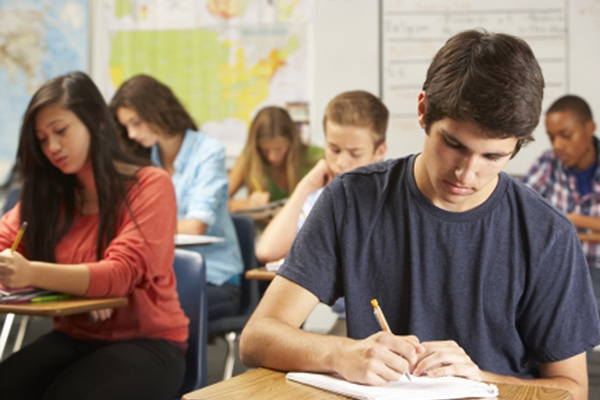 Are you a teacher or student and want to teach or learn Scottish law? LT Scotland provides the resources for both prospective teachers and students looking to teach or train in law in Scotland.

Although it seems that Scotland and England have always been joined, in fact it was not until 1707 that an official Treaty was drawn up to merge the two countries into a single state – a state which has since been known as the United Kingdom of Great Britain. The parliaments in Edinburgh and Westminster were then replaced by the Parliament of Great Britain, which was held in Westminster with Scottish representatives being present.

What Are The Acts of Union?

The Acts of Union were 2 Parliamentary Acts – the first was the 1706 Union With Scotland Act which was passed by the English Parliament and the second was passed in 1707, the Union With England Act which was passed by the Scottish Parliament. These two Acts together put into effect the Treaty of Union terms which had already been agreed in July 1706. The two Acts of Union joined together the two separate kingdoms of Scotland and England into a single kingdom which would be called Great Britain.

A Shared Monarch But No Shared Parliament

Although Scotland and England had had the same monarch since 1603 and the Union of the Crowns when the Scottish King, James VI inherited the throne of England following Queen Elizabeth I’s death, the two countries remained almost entirely separate with their own Parliaments. Although there had been previous attempts to unite both countries through Acts of Parliament (most notably in 1606, 1667 and in 1689), these had been unsuccessful, and therefore it was not until the first few years of the 18th century that the political establishments of both countries started to support the concept.

What Were The Reasons For The Union Of The Parliament?

There were many reasons which were given for the Union of the Parliaments, and although the concept was extremely unpopular with the ordinary people in Scotland, most of them had no vote and therefore had no voice on the matter. The primary reasons include:

What Were The Provisions Of The Acts of Union?

The Treaty of Union, which was agreed between the English and Scottish parliamentary representatives in 1706, comprised 25 articles, of which 15 were economically related. The Acts of Union incorporated provisions to ensure that Scotland would be able to send its own representative peers to the House of Lords while also guaranteeing that the established church in Scotland would continue to be the Church of Scotland. Other provisions included that the Court of Session would remain in place and that Scottish law would also stay in force. The 1701 Act of Settlement was also restated as well as the ban which prevented Roman Catholics from succeeding to the throne. A monetary and customs union were also created.

What Were The Benefits Of The Acts of Union?

Scotland gained a number of benefits from the Acts of Union, including gaining freedom of trade, not only with England but with the colonies too, thus expanding their markets. The Presbyterian church was granted permanent status, and the country also retained its own courts and law system. By the end of the 18th century, Scotland and England had become almost fully united, and the city of Glasgow was acknowledged to be one of Great Britain’s most thriving and successful cities. One of the greatest benefits that Scotland gained from the Acts of Union was that it brought to an end the domination that England had held over the country since 1603. Of course, there were benefits for England too, not least a greater sense of security that Scotland would no longer form a threat.

The Curriculum For Excellence has been developed in Scotland to help young people and children to obtain the attributes, skills and knowledge necessary to equip them for life today. These include the essential skills for work, life and learning. The purpose of the Curriculum for Excellence is to help young people to become confident as individuals, successful as learners, responsible citizens and also effective contributors to society as a whole.

What Does The Curriculum Include?

The Curriculum for Excellence has been designed to improve and transform Scotland’s education system by supplying the nation’s children with a more enriched, flexible and coherent curriculum from the age of 3 right up to the age of 18. When the term “curriculum” is used in this context it means everything which is planned for young people and children through the entirety of their education and not solely what they are taught inside the classroom.

There are four “contexts for learning” which are included in the Curriculum for Excellence. These include:

The Stages And Levels Of The Curriculum

There are two stages of the Curriculum for Excellence:

The broad general education phase encompasses five levels which are:

Meanwhile, the Senior phase is designed to build further on the outcomes and experiences obtained during the child’s broad general education phase, and to enable young people to take courses and qualifications which best suit their interests and abilities.

Areas Of The Curriculum

There are currently 8 areas covered under the Curriculum for Excellence:

Numeracy, health and well-being and literacy are all recognised to be especially important and are the responsibility of every member of staff, regardless of their specialist subject.

The Principles Of The Curriculum’s Design

When practitioners are planning the children’s learning, they must take into account these 7 broad principles:

What Does The Curriculum For Excellence Involve?

The CfE has been developed over the course of several years by working with parents, teachers, the business community and the wider education community. With extra emphasis being placed on skill development, the encouragement of personal achievement and inter-disciplinary learning, the new National Qualifications which are now available in Scottish schools have been designed to offer young people greater flexibility with a renewed focus on skill development and the application of their learning in real-life situations.

Schools have also been given greater flexibility to design the curriculum for their Senior Phase pupils, and a variety of approaches are now being adopted in schools across Scotland which are aimed at accommodating the specific requirements of learners in their own distinct area. All of Scotland’s higher education institutions gave now published statements which set out the way in which their admission policy responds to the Curriculum for Excellence.

Carers and parents are now recognised as key partners in children’s education, and their vital role is now being acknowledged in supporting the choices and learning of their child as well as their chances in life. The government in Scotland has also recognised that parents require access to high quality and easily obtaining information about the education of their child, and they are now encouraged to become involved in school bodies such as the parent council or PTA, and also to familiarise themselves with the school handbook.

The Current Areas On Which Scottish Educational Policies Are Focusing On

Scottish Ministers have defined the specific areas of children’s learning journeys which represent additional scope for further development. Current topics in the curriculum where development programmes and policy initiatives are being put in place include:

The Curriculum for Excellence is designed to take Scotland’s education system into the 21st century and to help raise future generations of skilled and independent learners who can take responsibility for their own education and maximise their potential.